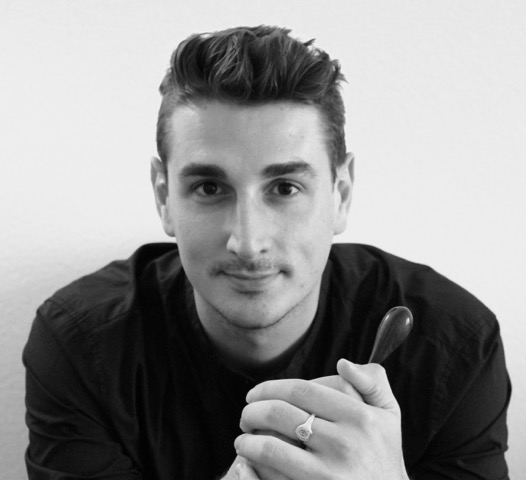 The centrepiece of the Preston Symphony Orchestra’s third concert for 2018 is the world premiere of a new work about Preston itself. Three composers have reflected on the sound of Preston at different times of the day. Luke Speedy-Hutton’s morning bustle becomes the daydreaming of William Schmidt’s afternoon, before Keyna Wilkins captures the mystery of a suburban night as trams rattle in the distance.

Under the baton of conductor Joseph Lallo, the concert continues to explore ideas of home and away with Finlandia, the Prelude to Hansel and Gretel and Solveig’s Song sung by soprano Lee Abrahmsen, before concluding with Khachaturian’s effervescent Masquerade suite.

Preston Suite
A new work in which 3 composers write a movement inspired by Preston.
Preston by Morning: by Luke Speedy-Hutton
Preston by Day: by William Schmidt
Preston by Night: by Keyna Wilkins

Facilities available for the disabled. 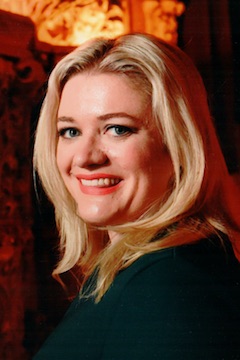 Hailed as a ‘rising star’ by Limelight Magazine (July 2016), Australian soprano Lee Abrahmsen is a multi-award winning soprano both on the operatic stage and concert platform. Lee was the recipient of the prestigious Herald Sun Aria and has performed as soloist in Australia with Opera Australia, Sydney Symphony, Melbourne Symphony, Queensland Symphony, Omega Ensemble, Victorian Opera and Melbourne Opera.  Internationally she sang recitals at St Martin in the Fields, the Edinburgh International Festival and toured China and Japan.

She has sung over 25 roles including Elisabeth in Tannhäuser, Madama Butterfly and most recently the Marschallin in Der Rosenkavalier and Isolde in Tristan und Isolde both to great critical acclaim for Melbourne Opera. In 2019 she will sing Senta in Der Fliegende Holländer under the baton of Anthony Negus for Melbourne Opera and appears as soprano soloist in Brahms’ Ein Deutsches Requiem with Melbourne Symphony Orchestra. 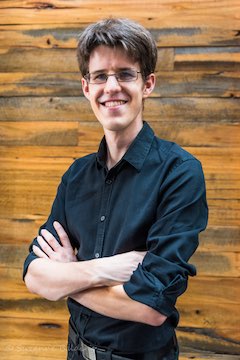 Luke Speedy-Hutton is a Melbourne based composer, who has just completed his Masters in Composition at the University of Melbourne under Elliott Gyger. Luke has composed for the Melbourne Symphony Orchestra, the Zelman Memorial Symphony Orchestra, the Australian Chamber choir, Syzygy Ensemble, Plexus and many other chamber ensembles, soloists and musical theatre groups. His music has been performed and broadcast across Australia, Europe and Asia.

He works in a wide variety of styles and will take on any challenges that come his way. He particularly enjoys mixing styles and musicians that aren’t often heard together and playing with ideas around humour in music.

Luke also works as a choral singer, a piano player with numerous amateur choirs and musical companies, and, during the day, the assistant orchestra librarian for the MSO. When not working with music, Luke enjoys sci-fi, board games and spending time with his wife and cat. 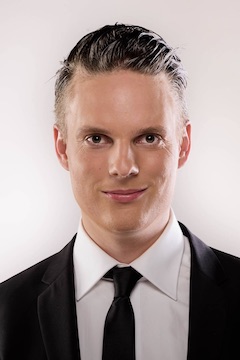 William Schmidt has worked extensively as a composer, accompanist, solo and chamber pianist and music director. He completed a Master of Music Performance at the University of Melbourne and Master of Arts with distinction in piano performance at the Musik und Kunst Privatuniversität in Vienna.

William regularly receives commissions for new works in a variety of media. His music has been played many times on both ABC Classic FM and 3MBS radio, with a large collection of his works broadcast on a 2017 two-hour episode of the 3MBS program “Illuminations”. William was the 2011 featured composer for the Camberwell Music Society concert series, and his violin/piano composition “Argentinian Etching” appears on the 2014 Move Records CD “The Sky is Melting”, performed by the Rothschild-Riddle Duo. This year he premiered his “Glory Vines Suite” for two pianos alongside internationally renowned pianist Elyane Laussade. 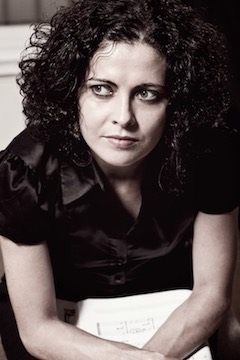 Keyna Wilkins is a pioneering Australian/British composer-musician who creates unique music. Characterised by the incorporation of dance forms and jazz harmonies into her compositions, her works are diverse, engaging and linked to her personal spirituality. She was one of three finalists in the 2018 nation-wide APRA/AMCOS Art Music Awards for Excellence by an Individual. Her music has been described as “Arresting, genre-blurring..disquieting music with massive breadth and high drama.” by Sydney Morning Herald and “Full of sonic textures and infinite possibility.” by Jazz and Beyond.